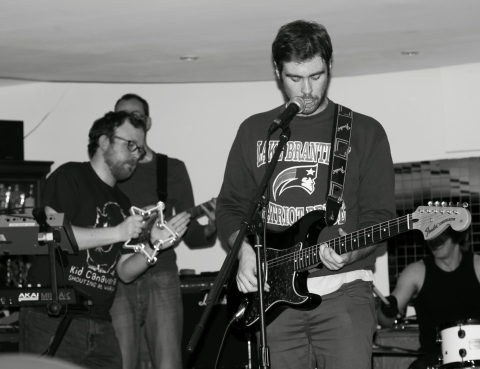 The sets of all the bands who played the T Break stage are now available to stream here, along with interviews with most (if not all of the bands). You can also download one track from each performance from the appropriate place. Bands featured include Cancel The  Astronauts, Boycotts and PAWS.

In a not dissimilar vein, day tickets for Fence’s second Haarfest (with details of who is playing when) are now available here. The Withered Hand/Kid Canaveral/Gummia Bako show on Sunday 14th looks particularly inviting. Withered Hand is also headlining the Queen’s Hall in Edinburgh on 25th August with special guests.

New York’s The Big Sleep seem to be inching towards releasing a third LP with a demo ‘Ace’ available on their website.

Staying on that side of the Atlantic, 4AD are releasing the Throwing Muses collection on 5th September. The Muses will be touring in Europe in support of the release in late October/early November.

St Vincent releases her new LP ‘Strange Mercy’ the following week also on 4AD. A track from the record ‘Surgeon’ is available for free download here.