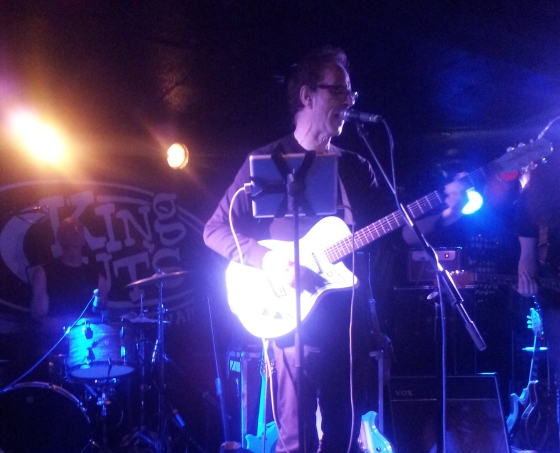 Can’t imagine that I’ll be making many more trips to King Tut’s on a school night after arriving home at stupid o’clock from Tuesday night’s Wire show. But the tiredness and eardrum buzz throughout the day yesterday was certainly worth it.

One of the beauties of Wire, after all this time, is that they continue to move forward. Rather than the 80% hits and 20% new or recent material ratio that most bands of their vintage will rely on, Wire reverse that statistic. Indeed the majority of the set was drawn from ‘Change Become Us’ and beyond, with two thirds of the album played and tunes like ‘Love Bends’ gaining a little extra zip in the live setting.

Bizarrely there remains an element of the fanbase that still expects to hear vast tranches of the 70s back catalogue. At one point fairly early on there was a heckle of ‘This Is embarrassing!’ followed by a ‘request’ for ‘Ex-Lion Tamer’, which was treated with disdain from the stage.

In truth things initially took a few songs to get going, ‘Marooned’ was a very low key opener whilst ‘Drill’ was lacking in intensity. It didn’t help that Newman’s vocals seemed mixed down as well. But things started picking up from ‘Doubles and Trebles’ onwards.

The set never dipped thereafter, through the occasional songs from the 70s and 80s to the handful of new ones. Both ‘Bloging’ and ‘Nocturnal Koreans’ sounded great but the other, ‘Swallow Corn’, sounded very much like a mix of ‘Smash’ and ‘Clay’ from ‘Red Barked Tree’.

Of course, the beauty of a band that has rarely mined their back catalogue is that, when they do go there, you are bound to get some surprises.

So the first encore was an unexpected ‘23 Years Too Late’ with a ferociously noisy chorus. Just quite how ferocious was illustrated when Matthew Simms’ guitar dropped out unexpectedly at one stage leaving quite a hole in the wall of noise.

The second encore ramped up the intensity even further with a brutal ‘Comet’ and an extended ‘Spent’ – just about the best things of the night. The latter’s finale seemed set to mutate into ‘Pink Flag’ until it was rather suddenly truncated.

If there was one disappointment of the evening it was that, despite the fact that this tour is being done as a five piece (with Tim Lewis on keyboards) the keys did tend to get lost in the rather sludgey sound mix.

But it was a small quibble. Wire continue to thrive as they near the end of their fourth decade as a band and they’re still setting a benchmark which most can only aspire to.

The show had been opened by Xaviers, an instrumental trio whose set was one continuous piece, albeit there seemed to be 5 or 6 different pieces joined together.

At times it was a little free form for my tastes but when their terrific drummer brought things into focus  it was quite enjoyable, even dancey at times. 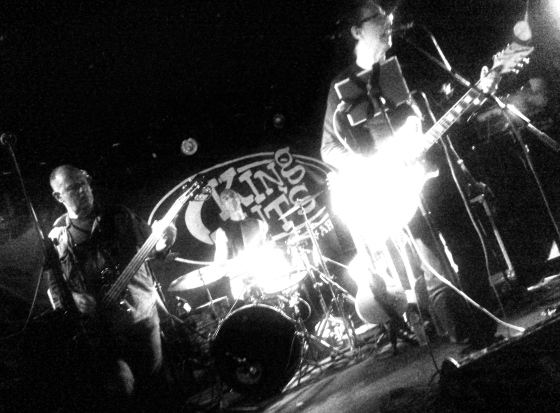