It’s probably fair to say Deathcats have come a long way since I first saw them play last summer at their debut Dundee gig. I recall they looked a little nervous as they took the stage in front of a room of strangers, most of whom were probably utterly unfamiliar with them. I’d add myself to that group. However, their set was a total blast of fresh air, the songs loud and raucous and played with a really huge energy. At the end of their set I was pretty much convinced that I loved this band.

They ended their set and placed some CD’s on the front of the stage and basically invited people to pay a donation for them. No big, ‘we’ve got singles, we’ve got merch, check us out on facebook etc’, just here you go. And there were quite a few takers. I don’t think I was the only soul who paid for mine either. After the show they seemed a bit surprised that not only had people stayed for their set but that they had enjoyed it immensely.

Since then, I’ve seen Deathcats a further six times and they just keep getting better and better. The songs rock harder yet lose none of the joyful tunefulness, they may have lost most of their awkwardness but not the rawness and energy. The recordings have got a lot better as well as they’ve found a confidence and ability to transfer these great songs in the studio as well as on stage as highlighted on the split cassette singles with Fruit Tones and The Shithawks. They’ve even put together several pretty damn cool videos which make me smile.

And now they have only gone and recorded their debut album. Eleven songs on a slab of vinyl. All Hail Deathcats will be officially released on Fuzzkill Records on June 9th and the band will launch it was a serious of dates including their third visit to The Cool Cat Club. After that, they have a whole bunch of shows and will also take the mayhem to T In The Park and Wickerman.

I’ve only had a chance to give All Hail Deathcats a few listens so far but a lot of the songs have been swirling around in my head for quite some time now and it’s great to hear Deathcats stretch out over an album as opposed to the short bursts of singles.

The term ‘garage’ band has been used a lot when describing Deathcats and while that’s a totally fair point I think there’s a lot more to them than the term suggests. Certainly there’s no attempt to go for a revivalist, 60s sound or vibe though the sound retains a raw, rough jagged edge.

Scrape underneath though and they have some absolutely fantastic songs rich in sweet hooks and catchy as hell. Deathcats, for me, write some of the most perfect scuffed up pop songs around. Even during the ear-shredding moments such as ‘Danny Dyer’/’Danny DeNeato’ (the latter which sees them hitting full on psyche mode) and ‘Melted’ they still make you want to sing along and dance and smile. The album really feels cohesive and flows together as well. Each song is a full-on thrill, exciting and energetic and when they hit their stride they are pretty much one of my favourite live bands around at the moment as well. 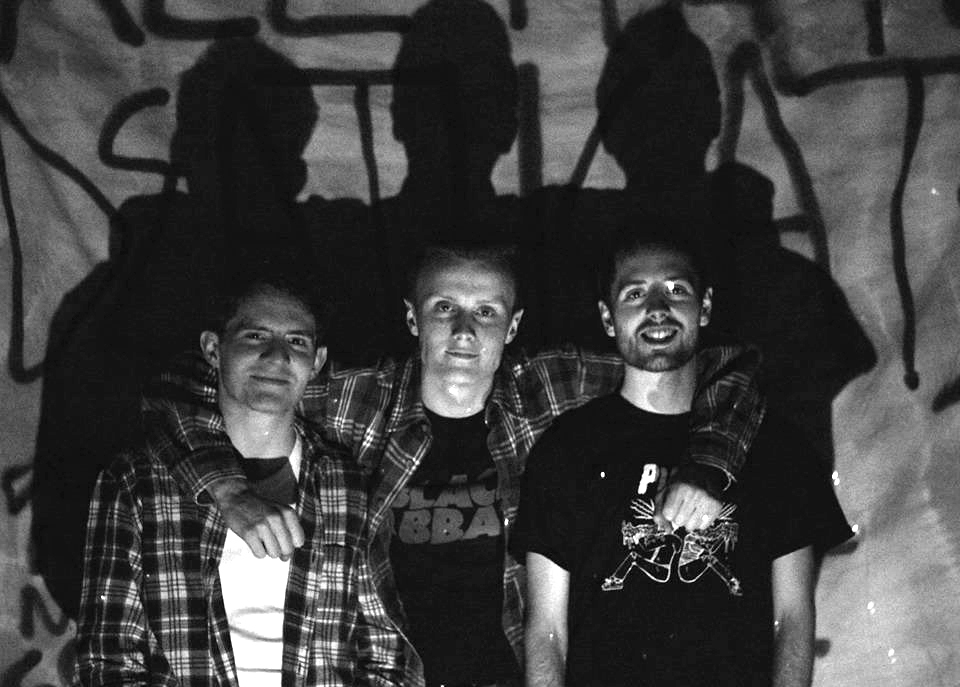 Prior to the album launch shows James kindly answered some questions for Manic Pop Thrills.

Please introduce yourself briefly and tell us what your role is in Deathcats?

“My name is James and I play guitar and sing in Deathcats and I also do a lot of driving.”

What or who first got you into music?

“When I was around 10 one of my friends got us all into nu-metal, shit bands like Limp Bizkit and Linkin Park. That got me into playing guitar and then I came across Oasis and other British guitar bands and that´s when I got really into guitar bands.”

What was the first record you ever bought for yourself?

“The Next Episode by Dr Dre. That was the first single I bought.”

And the most recent?

“I just bought The Age Of Quarrel by Cro-Mags at a record store stand at Primavera last night. Been looking for it for a while so I´m pretty stoked.”

Have you ever played in any other bands apart from Deathcats?

“I fucked about in bands in school when I was younger and then myself and Harv were in a band called Queen Jane. We split up last year. I learned a lot playing in that band.”

What was the first gig you attended?

“The Party In The Park festival in London when I was like ten. My Dad got tickets through his work. The highlight was him blagging us into the VIP area. I was shitting myself as I was kicking about eating lobster with loads of c list celebrities.”

And the most recent?

“I´m currently in Barcelona for Primavera. Ty Segall fucking killed it last night. It was my last chance to get in about it so I made the most of it.”

Do you have a favourite all-time gig you’ve been to?

“A few years ago I saw Ducktails in The Captains Rest in Glasgow. I had only heard his earlier experimental stuff and didn´t realise he had a full band. It had also been a mega hot night and I was dreading a sweat fest. They had the air con on full blast and the band killed it. It was one of the few times I´ve been properly blown away by a band I´d never really heard.”

Dingy basements or outdoor festivals? Which do you prefer?

“Basements for sure. I´ve seen a good few bands at this festival and the sound has been all over the place.”

This changes all the time but for now it is, in no particular order: Milk Music – Cruise Your Illusion; Weezer – Weezer; Black Sabbath – Black Sabbath; Fugazi – Repeater; Mac Demarco – 2

What are your feelings in general about music videos? Any particular favourites or hated examples?

“I think they can be really good fun especially if you have a fun or interesting concept. The Beastie Boys videos always blew me away.I hate really boring music videos where they just have footage of an attractive girl running through a field and shots of the band miming in an old factory. That´s just lazy and boring to watch, I´d rather just watch a live session video.”

What are your favourite films/television programmes?

“True Detective blew me away. Game Of Thrones makes me feel like I´m in another world for one hour every week. Fargo is what I´ve currently been watching. When it comes to comedy it has to be It´s Always Sunny In Philadelphia, that show has genuinely made my life better.”

What are your favourite books/authors?

“I´ve been pretty lazy on the reading front as of late. Bukowski is probably the only writer I´ve became totally obsessed with. I´ve never really found a writer since that impressed me as much.”

If your house caught fire what would be the first thing you tried to save once you knew your family were safe?

“My Fender Mustang. I´ve had it for 4 years now and I don´t think I´ll ever want to play another guitar as long as I have my mustang.”

You are about to release your debut album “All Hail” can you tell us a bit about that please?

“Last year we played a gig with The Rosy Crucifixion and Stu and Emily from the band own a studio called Green Door. They get funding from Creative Scotland to offer bands free studio time and asked us to come in. We decided to make the most of time and try to record an album, we paid for some extra time in the studio so we could finish it. We picked all the songs that we liked the most and that was that.

“Putting it out on vinyl was also the main goal. It´s pretty crazy that it´s now happened because it´s been a dream for so long. If we end up doing nothing else then at least we can always say that we put out a record and I´ll always be proud of that.”

The last eight or so months seem to have been incredibly productive for Deathcats in terms of recordings, releases, gigs and videos. When I first saw you last year you had only recorded a fairly rough and ready CDR. What brought about this burst of activity?

“We have always gigged a lot and we got by for a good while without releasing anything. Then last year we teamed up with Fuzzkill and got our arse in gear when it came to releases.

“I think it´s really important to be constantly putting out material or gigging or making videos. A lot of bands have long gaps between shows and releases so they can build hype and market things better. That´s all great if you want to get signed but for me being in a band is about constantly being busy and playing your music as much as possible.

“Right now I don´t see me taking a break from Deathcats for a long time and when I eventually do I´ll probably just call it quits for good and move onto something new.”

“The album is officially released on June 9th and then it´s just a whole summer of playing shows and festivals. We´ve got a small tour lined up with Halfrican in August and I think we´re going to head back into the studio around then. I´d like to get another album out for next year so we´ll work towards that.”

“Don´t waste your time getting stressed over things you dislike. Channel all your energy into something you love and with people you love. Start a band and make the world a better place.”

You can buy the album (and other cool stuff) at the shows or from http://fuzzkillrecords.bandcamp.com/album/all-hail-deathcats

Catch them live on one of the following dates:

Bow down, all hail Deathcats.

Here’s a couple of their recent videos: