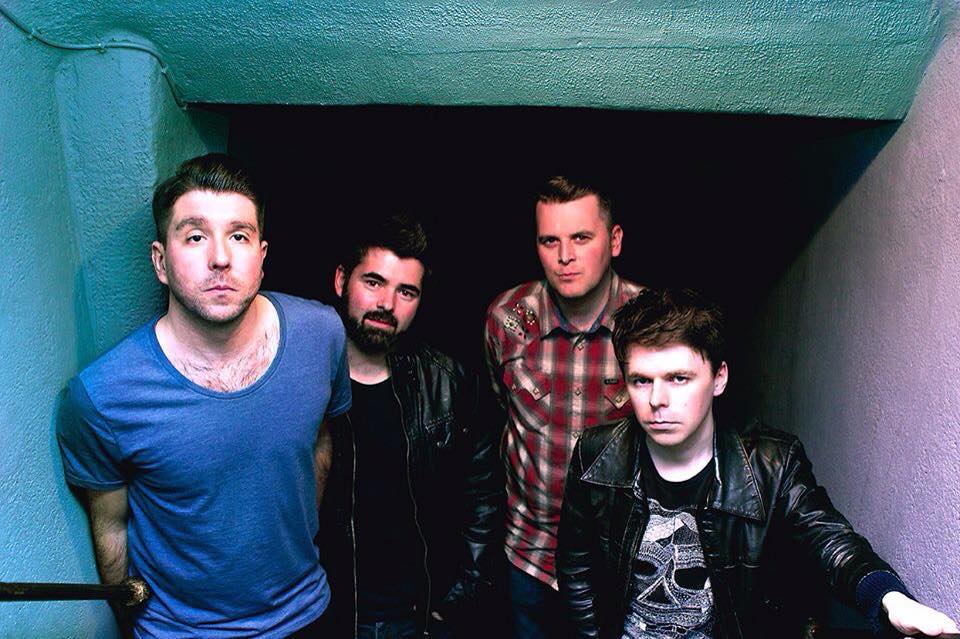 Glasgow’s Memory Man first came to MPT’s attention towards the back end of 2014 through the good offices of Mr Vic Galloway when he played the band’s wonderful debut single ‘Felix Baumgartner’.

I was hooked straight away and have been anxious for a follow-up release. Fortunately the last few months have seen the band split their energies between playing gigs across the Central Belt to support ‘Felix’ and working in the studio.

The first results of those sessions are new single ‘In Praha’ out today. Crammed full of hooks with a chorus driven with a terrific guitar riff, ‘In Praha’ is a more than worthy follow up to the cracking debut. But don’t take my word for it -check out the new video for the song directed by Kris Boyle:

Ahead of the official release of the single on Wednesday (1st), the band comprising Paul Mellon (guitarist),  Stephen Connelly (vocalist), Mark McClelland (bassist) and Liam McAteer (drummer) spoke to MPT about previous histories, the concept of Total Performance and, er, Eurovision.

Guitarist Paul was first to step up to the plate to talk about the band’s early days.

“We’ve been together as a full band for about 2 years now although myself and Stevie had been writing together round at my flat on and off for about 6 months before we went anywhere near a rehearsal room.

“It all started when Stevie emailed me while I was still playing with Malcolm (Middleton) in Human Don’t Be Angry. He had been out of the game for a while and said he would like to get back into writing songs again but at that point I was too busy. So when the HDBA stuff ended he got in touch again and we decided to go for it.

“Fortunately both Liam and Mark had gotten in touch about doing something around the same time so it all fell together pretty easily. I’ve played in bands with all of these guys before at some point in the past even though they had all never met each other before Memory Man.”

Mark recalls that selecting a name for the nascent act wasn’t easy.

“As all bands know, getting the right name is a struggle, we were throwing ideas back and forth and nothing was sticking, probably because we are all into very different types of music.

“I threw Memory Man out there. I was thinking of the really cool tape delay pedal from the 70’s which was really spacey and innovative for its time. As we are a guitar band and make unbalanced pop music that fitted in my head and Paul immediately recognised the reference.

“Stevie was into it but from a different perspective. He was immediately sending through pictures of Dr Zarkov having his memories wiped in Flash Gordon, which was cool and we used those images for the first gig posters.”

Whilst the four musicians have come together in common cause in Memory Man, Paul reckons that they all bring different influences to bear on the band’s music.

“We really all have very different tastes in music, which brings its own set of problems as well but hopefully keeps the music sounding fresh and different.

“As a general overview I like indie music like Mogwai, The Smiths, Swervedriver, My Bloody Valentine, Low & Dinosaur Jr. I used to like more different kinds of stuff but I don’t anymore!

“Liam likes grime or hip-hop stuff that no-ones heard of … and the likes of Bloc Party and Muse. So it’s for all these reasons that we’ll never be able to agree on any songs to do cover versions of!”

As mentioned above the band have been active both on live outings and in the studio in recent months and Liam was happy to fill in the details.

“The first gig was grand, we had rehearsed a lot and felt it was an adequate performance for a first gig. We have moved on a lot since that in terms of cohesion as a unit.

“We really try and take a holistic ‘cradle to grave’ mentality when approaching our live show, so we feel that we are now closer to the objective of what we like to call “Total Performance” than where we were at the first gig.”

With plenty of experience in past bands, Mark reckons that Memory Man are trying to  ignoring a lot of that but in a good way.

“I think the fact we’ve been through this process before could be a double edged sword.

“I love making music with these guys, they’ve recorded before, are very good at what they do and importantly, they know you from previous experience that you have to put the hard work in. These guys are some of the best musicians I’ve ever had the pleasure to play with, we have gelled beautifully and are super excited about the music we are making.

“That excitement is needed to drive bands onwards, eternal optimism! The next gig could be one with the A&R chequebooks waving in the front row! It’s where the ability to shrug off the hard knocks comes from.

“But you’d think our past experience and knowledge of how the industry works could work against that. We know too much and it should lend us a realistic outlook, but playing these songs, you can’t help getting swept up from your hard headed approach and thank god for that.

“We are just, at heart, passionate about what we do, playing live and making our own music and finding ways to get it out there. It’s the independent way.” 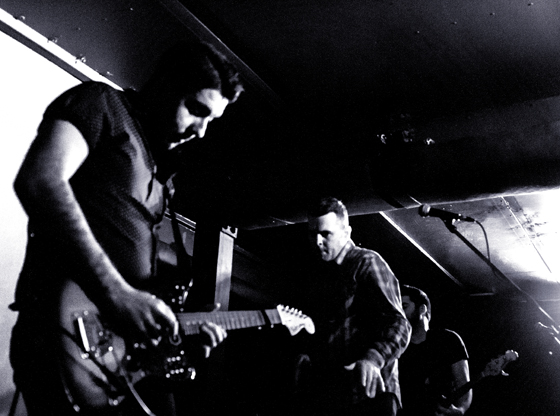 He’s not sure however that the band’s collective pasts are any great advantage at getting them noticed.

“It doesn’t really feel that way to us. Maybe there’s more chance that a dj or promoter checks us out rather than sticking us to the bottom of the demo pile. But Glasgow is a very vibrant music scene and has been such for many years, so there’s an awful lot of quality music out there and an awful lot of ex members in new bands.

“We’ve just been gigging and drawing in fans with the live set. We don’t have a media gimmick to attract attention, it’s all pretty old school.”

Liam agrees with Mark and also flags up their home city as a key factor.

“We’ve been gaining an increasingly good rep for our live performances and being part of such a mixed and vibrant scene in Glasgow has helped us develop that reputation.”

For all the old school value of live performances Mark confesses that their singer took an unusual approach to stirring up some advance notice for the new single.

“Stevie did contact the Czech embassy to offer them “In Praha” for their 2015 Eurovision entry, but surprisingly they didn’t jump at the opportunity! He literally just announced it at rehearsal one day, slipped it into the conversation! I’ve no idea what else he’s been up to, I dread to think!”

Memory Man are very much a collective when it comes to writing songs as Paul explains.

“The songs usually start with me coming up with a chord progression or a riff which I demo at home then send to the guys and we then get together in the practice room and flesh out the ideas and restructure and rewrite. Everyone contributes which is great as everyone gets to put their own personality into each of the songs. Indeed our first single ‘Felix’ was one of Mark’s songs. Stevie writes all the words.”

Paul has particularly enjoyed the band’s studio work so far.

“For me the best part so far has been the recording we’ve done with Andy Miller at Gargleblast. Really enjoyable time and I think the final results sound fantastic.

“The show we did at King Tut’s on the day of my birthday this year was fantastic as well. My girlfriend made me a cake in the shape of a Memory Man pedal which was incredible.

Stephen reckons that real life intrudes on the band’s plans.

“The low point is not having enough quality time together to progress song ideas. Hopefully that’s going to change in the future …”

With the studio work over for now, Mark can sketch out the band’s itinerary for the rest of the year.

“We are just out of the studio with new recordings which sound great and we plan to release a four song EP after the summer. We’ll be manufacturing good old fashioned CDs to sell at gigs.

“The internet is a vast resource but I think you can’t help going blank as soon as you log on. We’ve all been blown away at gigs and never followed that band up or bought their digital release so we are forced to get physical! (Anyone else humming Olivia Newton John?)

“We’ll be putting a tour together around that release, looking out for cool gigs to play and we hope to get another few recording sessions in before the end of the year.” 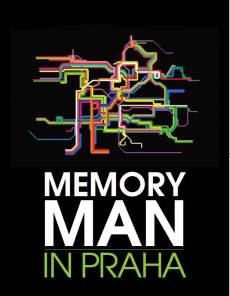 ‘In Praha’ is released as a digital download today (1st July) through all the major download sites including iTunes  and the band’s Bandcamp.