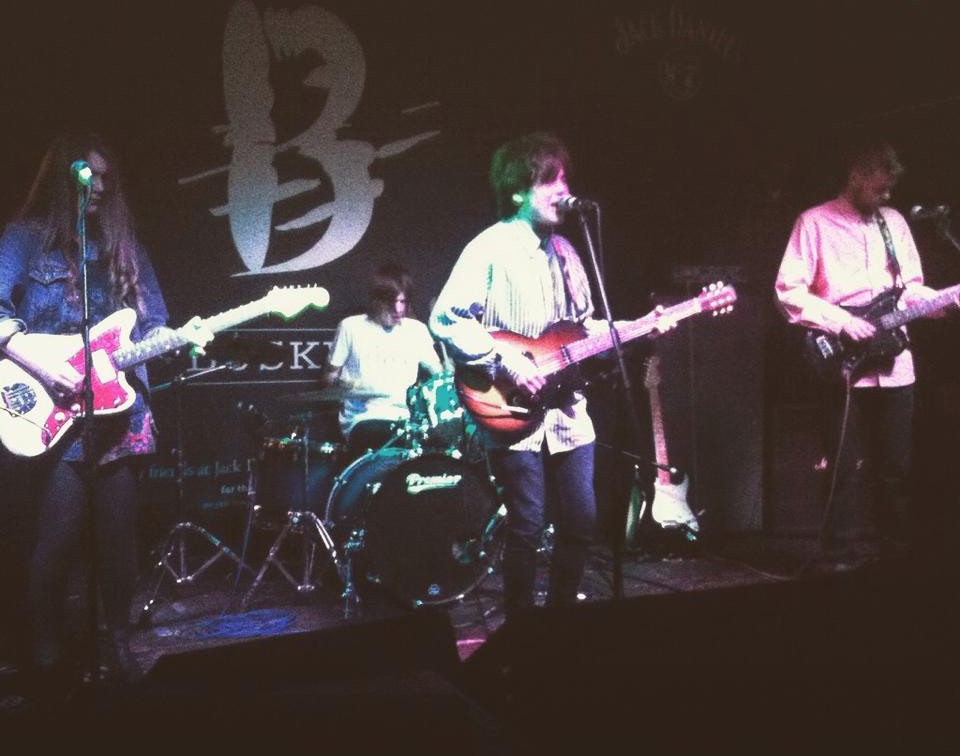 Okay, we’ll start with the basics first. Sahara are a quartet from Dundee. They play guitars and bash things and sing. They are very young and have only played a handful of gigs so far which include supports with The View and Model Aeroplanes.

They come across as both shy and quietly confident in their music. They have every right to be with an increasingly lovely and ever-growing collection of their own songs which are full of twists and hooks.

They make me feel simultaneously old and young at the same time. The songs remind of me of older influences such as Echo and the Bunnymen and The La’s and loads of other bands they would probably quite rightly laugh at me for mentioning but also sound very contemporary. They have a lovely psychedelic pop feel but pack a punch rather than meander.

They have a small handful of songs available online. The best of the bunch to my ears is ‘Rearranging’ which is a classy piece of energetic pop with some wonderful guitar lines, full of energy and a roughness of performance backed up with some great playing. It’s the kind of song you could imagine playing over and over again. Which, in fairness, I do.

The other songs are really good too. There’s ‘Blind’ with it’s atmospheric introduction and haunting guitar lines which really struck me live as it builds into a monster of a song with tribal rhythms and psychedelic, dreamy feel and a gorgeous chorus.

Sahara’s music mixes a melancholy prettiness with an angsty rawness and I look forward with great anticipation to see how they develop over the coming months. As things stand, they are pretty wonderful but also with heaps of potential. With a planned E.P. and more gigs under their collective belt they seem to just keep getting better and better. Definitely one to watch for now and for the future.

Guitarist Megan McNally kindly faced the rigours of the Manic Pop Thrills inquisition ahead of shows with Vladimir and Neon Waltz.

Could you please introduce yourselves and tell us a how you came to be in a band?

We are Sahara – Adam Campbell (vocals/guitar/harmonica), Megan McNally (guitar), Keir Henderson (bass guitar) and Ally Scott (drums). We formed in 2015 through school and being in previous bands/musical projects before.

Why did you choose the name Sahara? What inspired it?

The name Sahara didn’t really come from anywhere, we were just trying to think of a cool band name that would be memorable, and later found that the name Sahara actually quite matched our sound.

What are your influences, musical or otherwise?

We all have our individual influences which change constantly and add variety to our music (ranging from Tyler, The Creator, The Wytches and The Vaccines). But we also have so many similar shared musical influences that we can meet in the middle with when it comes to writing. Collectively, we’re influenced by artists such as Arctic Monkeys, The Strokes, The Libertines and RAT BOY – who actually messaged us a few weeks ago saying that he loves our music which was amazing!

How would you describe your music to someone who has yet to hear it?

That is always a difficult question to answer because we never like categorising ourselves into one specific genre, especially being in the early stages of being a band as we’re still developing ‘our’ sound. At the moment though, we would probably describe it as energetic, reverby and melodic. 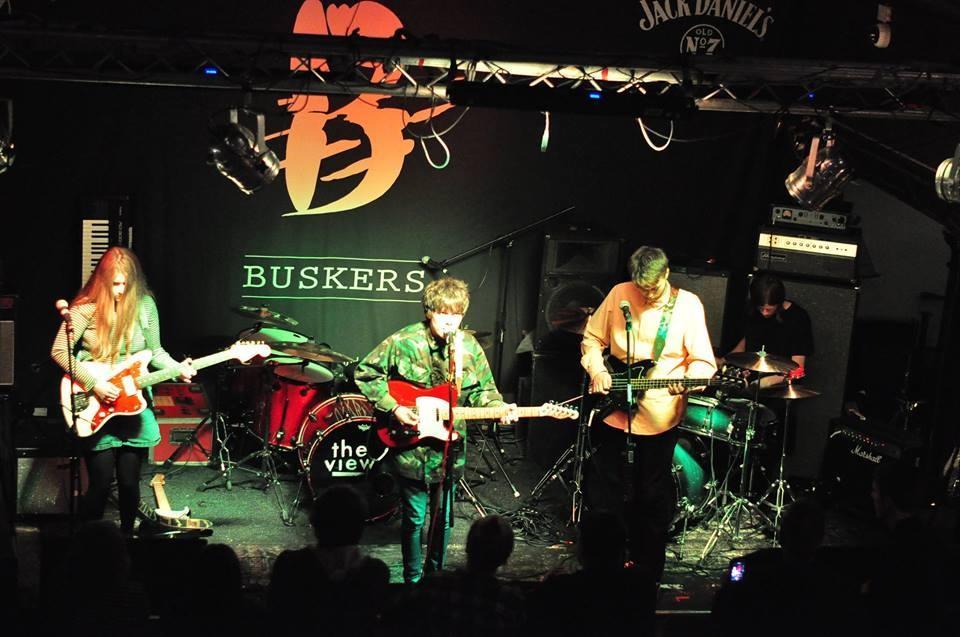 What motivates you all to be in a band? Isn’t it just lots of grief and hard work for little reward?

The thing that motivates   us to be in a band is seeing how rewarding it is for established artists. Having hundreds of people sing the songs that you wrote word-for-word back at you at a gig must be an amazing feeling. Seeing The Courteeners at T in the Park this year was such a prime example of this, and it was definitely a gig that will motivate us to achieve something similar, even if it’s on a smaller scale. It gave me goosebumps.

We all love going to gigs and have been heavily influenced by certain bands throughout our lives, and to be one of those bands and have even the slightest impact on other people would be such a reward. It is definitely a lot of hard work, and it also isn’t cheap, but every time we play a gig, get a good write-up or even one single compliment from someone we realise how much it’s all worth it in the end.

To date, what has been the best moment about being in Sahara?

The best moment so far about being in Sahara was probably being asked to support one of our favourite bands of all time, The View. It was something we have always said we’d like to do, and to actually have done it within the space of a few months is surreal. However in the short space of time we’ve been on the scene, there has already been so many amazing moments like being played on XFM and receiving great reviews of our music from all over the world.

And the worst / most awkward?

It sounds very clichéd to say this, but we couldn’t think of a worst moment (yet).

If you could organise and play your ideal gig who would play and where would it be held? (Time, finance and mortality need be no barriers).

That is another difficult question – so many options! It would be amazing to play a gig with Babyshambles, but then again having a massive headline gig like The Stone Roses at Spike Island also sounds appealing. Having people turn up at our gigs in itself is great – hopefully one day we can sell out a Dundee venue (with Vampire Weekend as main support, obviously).

You’ve put a few recordings up online and received a very positive response. Do you have any plans to release an E.P. in the coming months?

Yes. Our plan for the next few months is to record an EP (around 5 songs) to the best standard we possibly can and to send it absolutely everywhere we can. It’s often really difficult in Dundee to actually get somewhere success-wise as there’s obviously not the same musical platform and opportunities that there are in London for example. There’s also a massive financial barrier. However, it’s so amazing to see that Model Aeroplanes (who just signed to major label Island Records) and Vladimir (who just supported The Libertines) are doing so well.

What would you like to achieve as a band?

As much as we would love to be able to sit here and say that we want to tour with Arctic Monkeys, headline Glastonbury and become massive, there also needs to be an aspect of reality when it comes to what we would like to achieve as a band. We obviously wouldn’t turn down those offers as that’s everyone’s dream, but we would love to just have people continue to listen to our music and come to our gigs (they provide great nights out) and enjoy it.

What are your plans for the coming months?

As well as the EP we have planned, we would also love to be able to support more established bands like we did with The View. 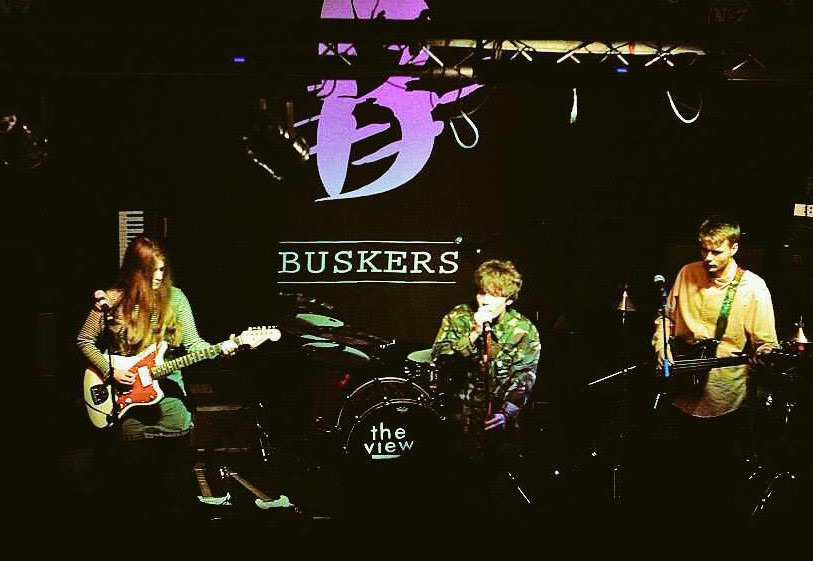