So it seems that reviews on this site are getting posted further and further after the gigs that they relate to. But in this case at least I have an excuse. Due to all the road and bridge closures in Central Scotland on Saturday night, I’m only just home!

OK, I’m exaggerating (a little) but although it still seemed like a mammoth trek it was undoubtedly worth it to see a fine three band bill. 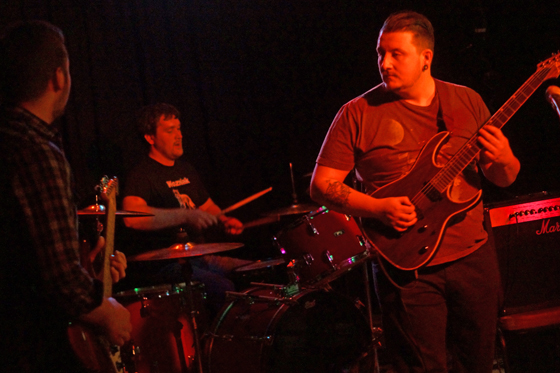 We Came From The North

It was the first time that I’d seen We Came From The North who opened the show with an epic set of instrumental shoegaze. Quite often, no matter how good the music is, this sort of thing can be delivered rather seriously but WCFTN not only played with big smiles on their faces but were also rather animated as well.

Their set was just about the perfect length – long enough to make a good impression but not overstaying their welcome. Not necessarily a band I’d seek out on their own (at least at the moment) but certainly a band whose inclusion on a bill would be a distinct positive.

It was my first time too to see Thula Borah. After admiring their records from afar over the last few years (and having one real near miss in terms of nearly seeing them in Dundee), I was really happy to finally get to see them play.

The set was largely drawn from their excellent new E.P. ‘Hope For Disappointment’ but instead of playing the’ hits’ from the earlier records, the other two tracks were completely new.

As anticipated ‘Bone Ships’ from the new record was a monster live, my only surprise being that they didn’t choose to finish with it. Instead they closed with the thunderous metallic instrumental ‘Resonant Evil’. With the other heavy track from the E.P. ‘Estrella’ also given an airing, it was left to the new songs and ‘I Never Made You Laugh’ to showcase the dreamier side of the band’s sound.

I do sometimes worry about going to see bands that Andy Miller has produced because the records tend to be nigh on perfect. But Thula Borah didn’t disappoint and produced a show to stand proudly beside the record. 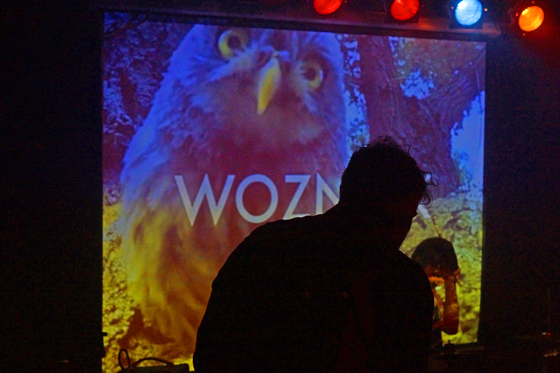 I feel like I’ve been neglecting Wozniak somewhat in 2015 because not only was Saturday’s show the first time that I’d seen them play since last December but I also didn’t manage to review their wonderful second E.P. ‘Auster’, a grave omission because it’s their finest record to date.

The set leant slightly towards the brooding element of their sound featuring monsters such as ‘El Maresme’, ‘Kreuzberg’ and a massive ‘Hester + Zelda’ as a finale.

It was also great to hear ‘Colombo’s Car’ open the set but they’ve now got enough material that they can play for 45 minutes and not play the likes of ‘Five Star’ or ‘Paper Hat’.

They did find room for a new tune ‘Super Panther’ which sounded like an epic and worthy addition to the canon. But it was ‘Snow Effect’ which was the pinnacle of the set. If there’s a tune that better demonstrates their myriad strengths then I’ve yet to hear it.

Always thinking about their performances they’ve incorporated a stronger visual element into the shows with slides, strobe lighting and dry ice providing a suitable visual back drop.

So three bands, operating in not dissimilar areas but each with their own personalities. And all getting excellent receptions from an enthusiastic crowd. That’s qualifies as a good night out in my book.

P.S. It’s worth mentioning that the show was actually organised by Thula Borah showing an admirable level of dedication and belief in promoting their own record.

More photo from the show here.