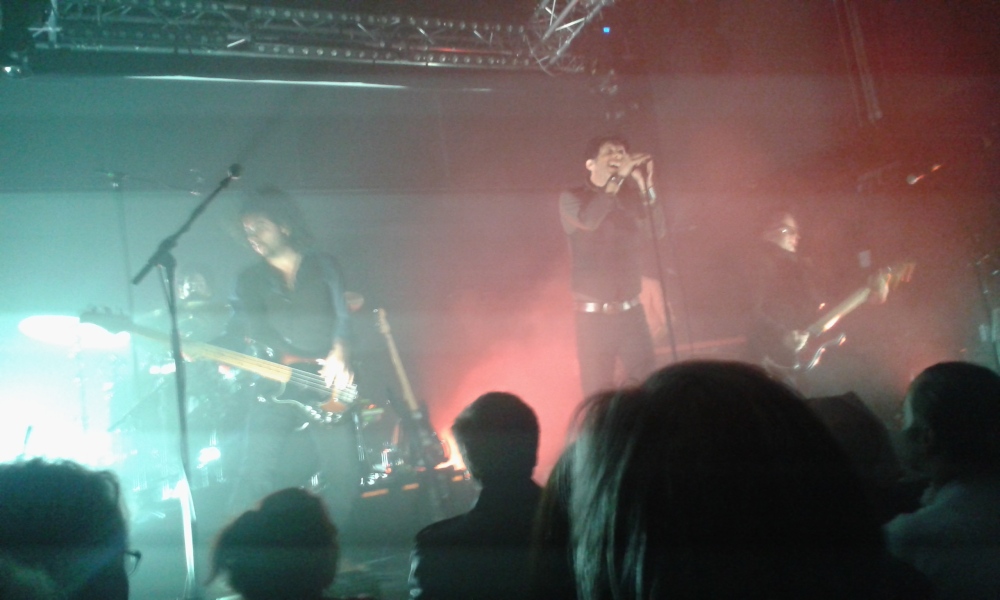 We’d rushed out to buy tickets for this show as soon it was announced, even before the new LP was out. And then I briefly wondered if we’d made a mistake. A little bit of context is needed to explain why.

Once upon a time Mercury Rev were my favourite live band bar none. But over the last 10 years or so with each record they’ve seemed less relevant to me. So it was a pleasant surprise when new album ‘The Light In You’ turned out to be their best since ‘All Is Dream’.

I always get a little bit worried when bands talk up their new record in terms of a recognised classic from the past but whilst ‘Deserter’s Songs’ seems to have been quoted a bit, if anything ‘The Light In You’ is the natural successor to ‘All Is Dream’.

At least half the songs on the record are really strong with ‘The Queen of Swans’ a classic that sounds exactly what you’d want from the Rev.

On the other hand, ‘Sunflower’ is as raucous a number as they’ve done in a couple of decades and ‘Rainy Day Record’ is one of the year’s classic pop songs.

So, adding in the band’s reputation as a brilliant live band, we headed out for (I think) my ninth Mercury Rev gig although only the second in 10 years, with higher expectations than I’d perhaps originally anticipated.

Opening act was Nicole Atkins a New Jersey girl with a big voice and reverb heavy guitar. She reckoned she had songs to depress us but she was definitely underselling herself more than a little. She closed with a cover of Roy Orbison’s ‘Crying’ and that actually is a pretty fair representation of where her sound is at.

Other points of interest were that she tried to get the crowd to sing along to one tune and rather bizarrely she’s also married to a guy from Fife!

Jonathan, Grasshopper and co took to the stage to a backing tape which included themes from ‘The Queen of Swans’ which, sure enough, opened the set.

It was a massively impressive start with the live setting enhancing the tune and it started a run of songs, mixing new songs and old favourites, where they didn’t put a foot wrong. They also managed to spring some surprises along the way.

First of these was an admittedly gentle take on ‘Car Wash Hair’ (perhaps not that surprising since it saw service on the ‘Deserter’s Songs’ tour in 2011) but that was followed a couple of songs later by ‘Frittering’. ‘Frittering’!! Perhaps a little less dirgey than in the past hearing it again after all this time was a massive but pleasant shock.

‘You’re My Queen’ too surprised in demonstrating that the band retain the ability to transform pop songs into journeys into outer space with its extended psychedelic work-out.

For all that the old stuff was great, I should stress that throughout this section of the show the new songs more than held their own not least ‘Are You Ready?’.

But things dipped a little with ‘Diamonds’ the only tune culled from ‘The Secret Migration’, not an album I ever feel the need to go back to. It was immediately followed by the last new song of the night, ‘Central Park East’, not one of my favourites from the new record.

The finale though was special. ‘Holes’ is a stone cold classic and it was followed by a spooky ‘Tides of the Moon’ and an absolutely monstrous ‘Opus 40’ which ended as a blizzard of white noise. If anything this version was even fiercer than those in days of yore. 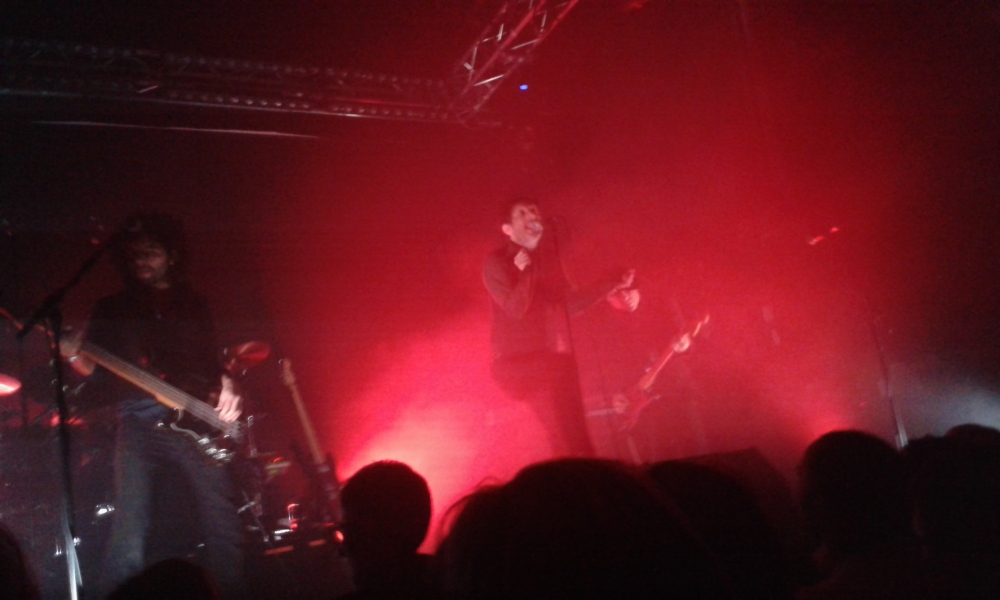 We got one encore, a fairly straight take on another classic from ‘Deserter’s Songs’ ‘Goddess on the Hiway’ and a wonderful ‘The Dark Is Rising’ although it perhaps teetered on the edge of overblown in its drawn out finale.

Even through the set stretched to 90 minutes I could have happily heard more particularly since there seemed to be some glaring omissions most notably ‘Rainy Day Record’. However that was our lot.

It was a great show but I’m still left a little disappointed that they didn’t play more of the new album. It would certainly be wrong to classify the Rev as a heritage act but the fact that they only played four songs from a strong new album was something of a disappointment.

Note: I’ve seen two different versions of this online already but unless someone produces a recording of the show which proves to the contrary, I’m certain they didn’t play ‘Tonite It Shows’!