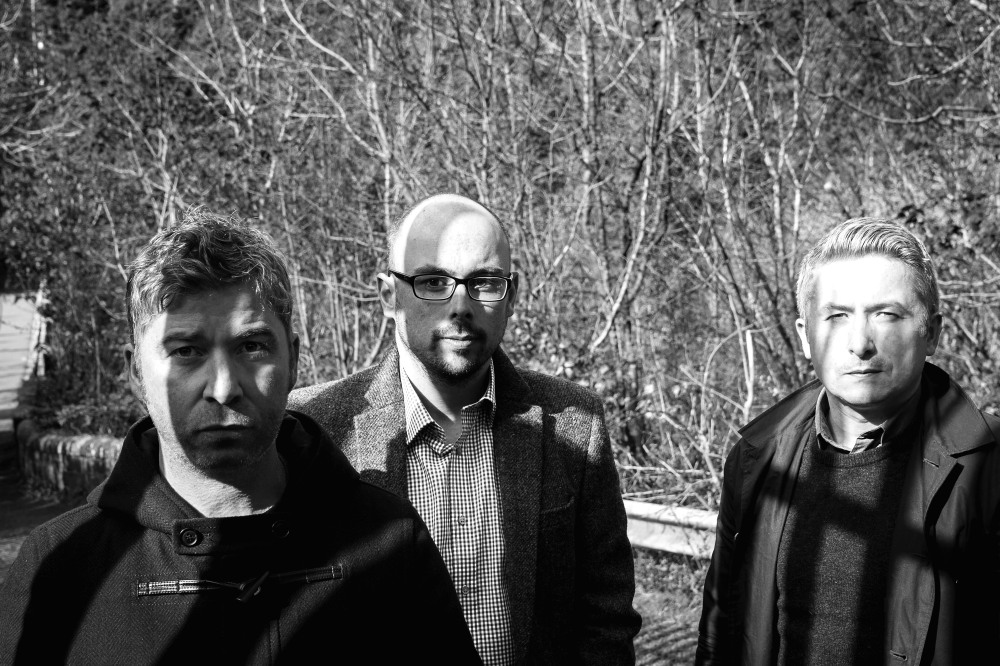 After just a handful of gigs in the last couple of years, the De Rosa reformation kicks into a much higher gear in 2016 with the release next week of third album ‘Weem’ on Rock Action Records and a quartet of gigs in support of the new record in January. One of those dates is for MPT and the Cool Cat Club at Beat Generator Live in Dundee on Saturday 23rd January.

As Martin told MPT in one of the first interviews he did after the band reformed in 2012 the first priority was to record again and that involved sifting through “hundreds” of songs from the band’s first active period.

“We looked at the material that existed and started getting stuff together to write new material.

“At that point we didn’t know if we’d have any kind of label interest or anything so it was pretty much let’s do this for fun and see where it goes. Certainly lyrically I saw it as an opportunity to not bother thinking too much about meaning and to just go for it and see whatever came out.

“I think that’s reflected in the music as well and so it’s quite diverse. It was fun recording and spending time together after our hiatus.”

The band took a different approach to recording ‘Weem’ than on their previous albums. Rather than working in a particular studio the record was pieced together in a variety of different locations as Martin recounts.

“There were two visits to two different rural cottages where we did most of the tracking. Then we took it back home to do some final overdubs. I did the final vocals at home in Sunderland where I was living at the time and pianos were done at Andy Bush’s home studio in Glasgow.”

At one point in conversation a couple of years back, Martin had suggested that as much as half of the record might be derived from the 2008 Appendices project. However in the end only three of those songs made it onto the final record (but not including MPT favourite ‘Robin Song’.)

“The three Appendices songs on Weem were the only three we liked enough for this album and we had ideas for how to improve them, which I hope we did.

“’Robin Song’ for me was complete at the time of Appendices and we have nothing else to add to it. That’s why we decided to leave it off Weem.”

Although the band had plenty of “old” songs to choose for the record they also generated new material that didn’t make the cut – this time.

“There were three new songs that just weren’t ready yet in terms of arrangement and lyrics, so they’ll be worked on for future releases

“There was also an instrumental called ‘Grande’ that we recorded. It’s a mix between a gothy Cure sound and a big metal dirge not unlike the Melvins. But it just wasn’t ready on time for this and needs more development.”

The record offers an interesting insight into Martin’s songwriting. On ‘Chip On My Shoulder’ Martin not only borrows a lyric from Prevention’s ‘Flight Recorder’ but, as he explains, the two songs have a deeper connection.

“I think it’s completely normal and fine for someone that writes lyrics to use lyrics again (laughs). If they come to mind and fit.

“I also just really enjoy returning to things I’ve sung before, referencing the past work here and there. It makes the songs feel like they’re related in a deeper way. Like I’m building up an identity through songs, one which is always changing but still connected to the roots I laid down in our early stuff. 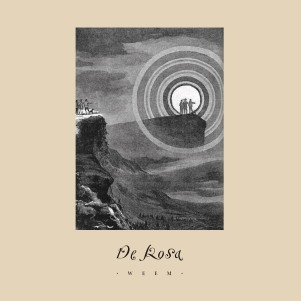 As I noted last week in my review of the new record, ‘Weem’ has, at least in part a different sound, something that Martin agrees with.

“The new record has a fatter kind of sound with more instruments. I think it’s a different phase again. Each studio album has had quite a different feel and I’d quite like that to continue, to keep pushing things forward.

Whilst ‘Weem’ certainly has a bigger sound about it, again as I noted, it’s not something that the band have pushed too far. Martin is quick to point out that the band don’t necessarily deserve all the credit for that restraint.

“We definitely were getting to the point where we had overworked it and so the mixing process was very much an editing process and we dumped a lot of stuff.

“It was sent to Andy Miller to mix remotely with pretty much no input from us. We got to a point where we trusted Andy with it. I’d seen the internal workings of it and I struggled to see how anybody else could make sense of it but he did. I think he made a really good job of it.”

At that time the band featured all five of the last line-up of the band but although they worked on the recording of ‘Weem’ guitarist Chris Connick and keyboards player Andy Bush are no longer in the band.

However as Martin explained there has been no falling out.

“Chris has moved away and couldn’t commit to much that we’ll do in the future whilst Andy’s a touring sound man and just isn’t in Glasgow very often to do his own music.

“But they’re both still good friends and De Rosa collaborators in the long term. Hopefully they’ll come in and add to the things that we do in future. So we’re back to the original three piece that we were at the time of ‘Mend’.”

However the reduction in core membership of the band created something of a dilemma for the band.

“The album was made with the 5 piece before Chris and Andy departed so it’s hard to translate into a 3 piece sound. We did start with that in mind and we could play the record but it just changed it so much.

“So we thought that we should get a helping hand and try to put some more of the record across, so we approached our friend Gill Fleetwood. Gill’s not just playing piano but also samples from the record, bits and pieces of synth and doing vocals as well. We’re really happy with what she’s managed to add to the sound.” 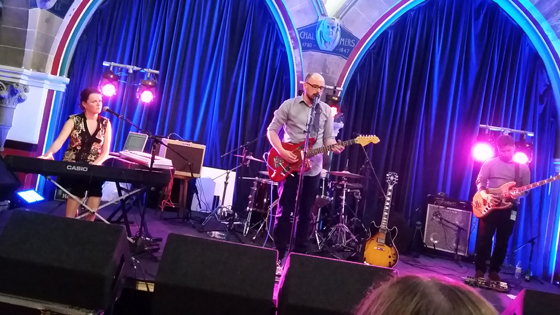 With the record in progress the band had to find someone to put it out and they had specific labels in mind.

“To us there were three record labels that we wanted to put it out on – Rock Action, Chemikal Undergound and Lost Map.

“If you want to work with a label you just have to see what happens and what interest there is. Scheduling is always a huge factor and Rock Action offered to release it and we were over the moon.

“Chemikal Underground and Lost Map both really liked Weem but had a really busy year ahead with their other releases.

“It’s good to work with a new label and it’s really interesting to be part of a label that’s run by one of our favourite bands.”

After only four live dates in over two years, De Rosa are back on stage four times in the remainder of the month starting with a sold out album launch at the Hug and Pint in Glasgow on Saturday (16th). But these shows are just the start of De Rosa’s plans for the coming year.

“We’ve got a wee Scottish tour in January and then we’re looking to a more substantial tour in the Spring. We’re booking dates for that just now and we’ll be promoting the record for most of the year, I think. Whilst working the next one!”