After years without a Mercury Rev gig, two pop along in the space of little more than six months. Even allowing for the proximity of the long day at work on the Thursday this was a not to be missed show.

First up were Warhaus who are apparently formed around Maarten Devoldere of Balthazar, a name that I confess doesn’t mean much to me.

Curiously they sound almost exactly what I think bands from Belgium should sound like – a lot like early dEUS albeit with fewer jagged edges. It’s good stuff, a little late night at times but with some heavier sections and the three piece certainly utilise a battery of instruments beyond the standard triumvirate of bass, guitar and drums. I look forward to hearing more of them when the debut album comes out in the autumn. 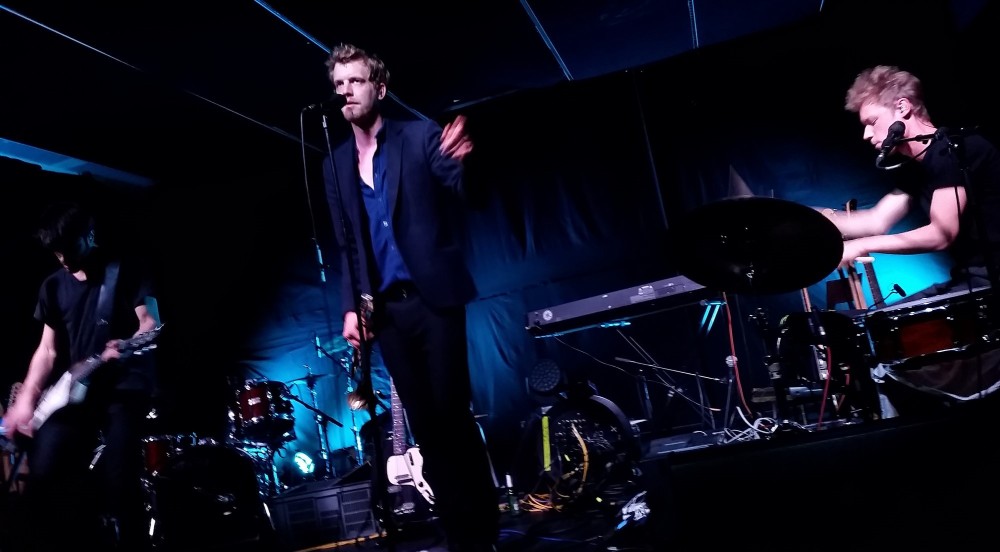 Mixing the hits with some tracks from their most recent (and best in 10 years plus) album, 2015’s ‘Autumn’s In The Air’ tour seemed to be an attempt to re-establish Mercury Rev after some comparatively fallow years.

In contrast, the current tour seems designed to explore lesser visited corners of the back catalogue whilst retaining a core of ‘Deserter’s Songs’ hits.

Starting on similar lines to November’s Glasgow show, ‘The Queen of Swans’ is a classic Rev opener whilst they don’t have many better songs than the follow-up ‘The Funny Bird’. But after that things get mixed up a fair bit featuring two songs from every album since (and not one pre-) ‘Deserter’s Song’s’.

I’m surprised that that includes two from last but one album, ‘Snowflake Midnight’, a record I probably haven’t listened to since its month of release. It’s not a record I ever thought I’d return to, yet both songs played ‘Snowflake in a Hot World’ and ‘October Sunshine’ far surpass their recorded incarnations.

It’s great that the setlist is less predictable than Glasgow, but there’s still a bit of a dip for the lesser heard songs although both the extended ‘Pick Up If You’re There’ and ‘Lincoln’s Eyes’ are unquestionably highlights of the show.

Inevitably the hits are as sublime as ever with a particular mention for, perhaps, the best live version I’ve ever heard of ‘Opus 40’.

An epic ‘The Dark Is Rising’ is the only encore and it all seems over a little quickly – certainly there are two songs scored out on the setlist and one on it that don’t get played. But if the show doesn’t quite match the intensity of the Glasgow show all the way through it’s still a great show and I’d be more than happy to see Mercury Rev back in Scotland again in six months.

Footnote: Despite my advancing years it was my first time at La Belle Angele and I quite liked it although in common with a lot of other basement clubs I’m not sure that I’d want to be in the area behind the pillars at a sell-out show.

More photos from the show below and here: