Wednesday marked Lee Ranaldo’s first gig in Scotland in a good few years but I wouldn’t like to hazard a guess as to when he last played Edinburgh (maybe The Venue with Firehose?).

Change was the order of the day in just about every way. First off was a completely different band from his previous UK visits as he was backed on this tour not by the Dust but by El Rayo – 3 Spanish musicians including Raul Refree Fernandez who also co-produced the upcoming album.

Secondly the fact that his rack of guitars was heavily biased in favour of acoustics was also a departure although it has to be said that the acoustics actually tended to sound fairly electric! As it turned out the electric guitars were only used occasionally for the older tunes.

However, whilst Lee increasingly seems to be moving away from the sound of his old band, one thing he does retain from Sonic Youth is a working method of favouring his latest material. So the majority of this set was given over to songs from the as yet unreleased ‘Electric Trim’ (due early 2017) with only a handful of tracks from ‘Last Night on Earth’ and just the one from debut ‘Between The Times & The Tides’ .

The new material certainly mirrored the second album’s tendency for longer tunes but whereas I found that album lacking a certain spark, on this evidence, the new record will be a good one. El Rayo certainly brought plenty of energy to their performance which helped but the new tunes also seemed to be a lot more varied than those on LNOE. There were a couple of punchier numbers but sprawling opener ‘Maroc Mtns’ may have been the highlight.

Of the older tunes the stand-out was undoubtedly ‘Off The Wall’. Lee explained the personal context of the lyrics as an introduction to the song but it equally remains a pertinent and topical song.

What was clear throughout was how much Lee seemed ot be enjoying himself and I think there’s plenty of evidence of that in the photos from the show (see here).

This was the setlist on the stage;

As far as I can tell (Lee announced many of the new songs but not all) it’s close to what was played. However it’s not exactly correct as  a) the final number of the “main” set after ‘Rising Tide’ was an unannouced acoustic tune and b) they didn’t bother going off before playing their VU cover ‘Ocean’ (which was great).

I think if someone had said the set was going to be mainly new tunes with almost nothing off ‘BTTATT’ I would have had low expectations. Yet, despite the welter of new material, I ended up really enjoying the show. Certainly hearing songs for the first time is a different experience to hearing songs that you know well but this felt a lot like seeing Mercury Rev for the first time in 1999 or even the Triffids back in 1985. I am now looking forward to the new record with some anticipation. 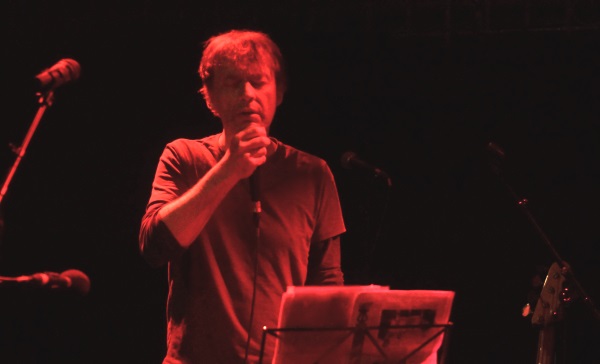 Support came from Richard Youngs who seemed to buy into the rule that supports at Summerhall must be to a large extent vocal performers! (for previous evidence see Adam Stafford and Wounded Knee).

Backed only by a guitar drone and El Rayo’s Raul on occasional guitar, he performed a hypnotic 15 minute piece and (I think) won over a large part of the audience by insisting early on that he wasn’t going to take the piece beyond its opening mantra unless he got some vocal support from the audience. Overall it was an intriguing performance.

Talking about the audience it was a surprisingly diverse crowd. Certainly there was a decent percentage of old stagers from the SY days but a large proportion of the audience was younger.

The main set of the photos can be found here, but here’s a few more different ones: 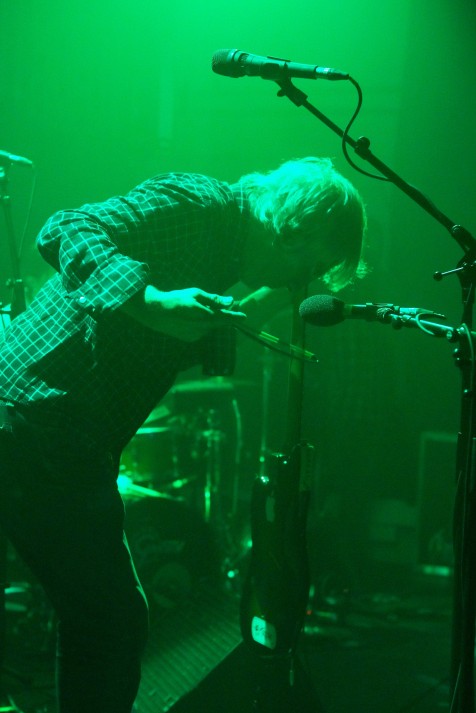 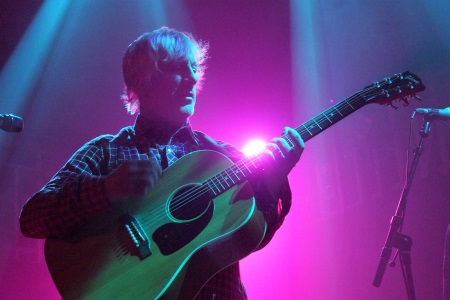