Here’s the final 2016 countdown – my ten favourite albums of the year. 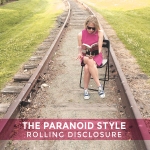 After three superb E.P.s the Paranoid Style finally got round to releasing their debut long player. Well, when I say long player, it was a pretty short blast of an album – 10 tracks which clocked in at around the 30 minute mark.

All the hallmarks of the earlier records made it onto ‘Rolling Disclosure’ – assured melodies and incisive lyrics but with the whole thing dialled up to 11 in a frantic fusillade of invigorating rock’n’roll. The thrill is most definitely back!

It’s not a bad year (musically) if this is only 9! A dark love letter to their home city of Edinburgh, the Isa-less Filthy Tongues shifted gear from the upbeat ‘Dark Passenger’ to a more brooding tone, particularly on the first side of the album. Things open out on the second side with the anthemic ‘Children of the Filthy’ and the classic ‘Kingdom of Ice’.

All in all 2016 seems to have been a positive year for the veterans with the promise of more to come in 2017 .

Although delayed for the best part of 12 months, when finally issued on Song, By Toad ‘Taser Revelations’ confirmed Adam Stafford as one of Scotland’s most singular talents.

As ever, Adam channelled a wide range of apparently incompatible influences into a record which sounded like no-one else and managed to encompass both his more accessible and more innovative tendencies.

7. Emma Pollock – In Search of Harperfield

Releases from former Delgados appear so rarely these days that those that we do get should be treasured.

‘In Search of Harperfield’ was Emma’s attempt look at her parents’ lives separated from the idea of them being her parents. As ever, she delivered a combination of killer pop tunes (‘Parks and Recreation’ previously featured on this blog) and more contemplative songs – all testament to her qualities as a songwriter.

Bob Mould’s renaissance since hooking up with his live band of Jason Narducy and Jon Wurster in the studio has been remarkable and the trio’s winning streak continued with ‘Patch The Sky’.

Matching some dark lyrics to some of Bob’s hookiest tunes in ages ‘Patch The Sky’ may not have pushed Bob into new areas but is undeniably a fine record. And it was great to see so much of the record making it into the live – a sign surely that Bob has confidence in the album. 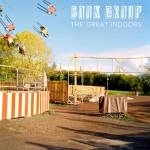 A bit like the Paranoid Style LP, Book Group ignored their earlier releases (with the exception of a re-recording of ‘Year of the Cat’) when it came to putting together their debut.

Whilst the difference isn’t dramatic, ‘The Great Indoors’ is more concise than their earlier material and there’s an attractive sheen to the production.

Again like the Paranoid Style LP ‘The Great Indoors’ is short and snappy and just begs to be put on repeat after every play.

A live version of one of the songs from the album.

After a little bit of too-ing and fro-ing, ‘Nocturnal Koreans’ ended up here rather than on the E.P.s list and could well have ended up even higher if it had been a proper full length album.

Interestingly the band distinguished the material on NK from that on last year’s self titled release by virtue of the fact that the NK material was very much enhanced in the studio. Yet despite the differences, it still feels like part of the same whole.

After all the studio trickery the end result was a set of concise songs which ended up being greater than the sum of its parts. And it carried all the quality of the recent Wire releases. 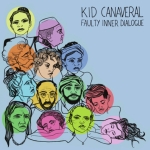 This one baffles me.

Not the music – it’s Kid C taking their sound in directions suggested on the second LP to great effect. And the songwriting is at least as strong as ever.

What bemuses me is that, compared to previous releases, ‘Faulty Inner Dialogue’ hasn’t had the coverage that might have been expected.

And I guess that’s maybe understandable if you think that they should be churning out re-writes of ‘Smash Hits’ for ever.

But if you want a band that constantly challenges itself to come up with something different which surpasses what they’ve done in the past then ‘Faulty Inner Dialogue’ is for you. 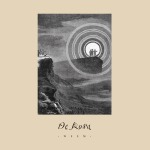 ‘Weem’ finally saw the light of day at the start of the year and was every bit as good as the seven-year wait required it to be.

Mixing a handful of tracks originally recorded for the ‘Appendices’ project with new compositions ‘Weem’ is a big sounding record yet one which nevertheless sounds understated.

The quality of the songwriting is top notch from start to finish but, even given that, I think that ‘Spectres’ tops the lot is probably the song of 2016: 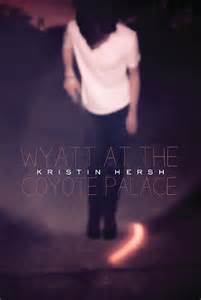 The notion of a Kristin Hersh solo LP claiming top spot probably seems more unlikely to me than to you given that I’ve never hidden my love for Throwing Muses. But I’ve rarely connected as well with Kristin’s solo LPs not least because a large proportion of these are based around acoustic guitars.

WATCP had an interesting evolution – the initial ‘Spark Meets Gasoline’ demos suggested another acoustic record. In that context the final record is quite stunning.

More than any other Kristin LP, there’s a full band feel to many of these songs despite being recorded entirely by Kristin.

Whilst there are still largely acoustic based songs are on the record, equally , there are tracks which have been substantially added to in studio, some with squalls of noise guitar. This lends the whole thing a real air of unpredictable air even if nothing on it sounds at odds with Kristin’s back catalogue.

Interestingly whilst much of the record sounds stylistically like the songs on the last Throwing Muses LP, it’s fair to say that. for the first time, this solo LP is actually a noisier beast than that Throwing Muses record.

At 24 songs, WATCP is a long piece but as well as being sonically diverse the songs see Kristin uses her inventiveness in terms of shifting time signatures and moods to enhance the record and it works a treat.

Without doubt her most varied solo LP to date, it’s also probably her best. Indispensable. This was the lead “single” from the record but I think it only hints at the record’s depths.