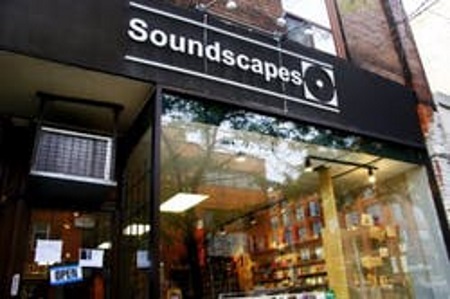 Our recent trip to Canada offered some limited opportunities to check out some of Canadas’s record stores. The two things that struck me in pre-trip research was a) how dominant vinyl is in Canada and b) how many shops there actually are. Concentrating on CDs therefore was the way to best use my time (and make sure any purchases got back across the Atlantic intact!).

It didn’t let me down as it has a really well presented good selection of new CDs in a variety of genres. I can remember seeing recent purchases by Courtney Barnett, The Breeders, the Dream Syndicate, Gwenno (which surprised me a bit), Jeffrey Lewis, Nap Eyes and the Orielles, whilst Scotland was represented by both Mogwai and, perhaps more surprisingly, the Spook School. The recent Wire re-issues (the book versions) and the Husker Du compilation ‘Savage Young Du’ (on both CD and vinyl) were all spotted too.

Whilst principally up to date releases are stocked there was some back catalogue, notably the two CD version of Interpol’s ‘Turn on the Bright Lights’, a couple of Clean releases (‘Anthology’ and ‘Getaway’) and the double CD version of Pavement’s ‘Brighten the Corners’. 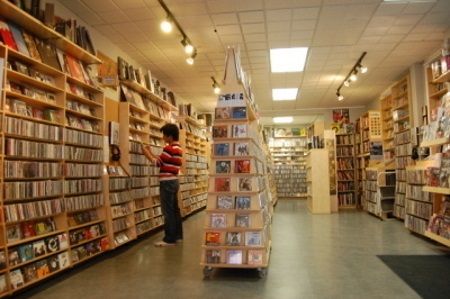 In the end, I settled for the current top seller in the shop as my purchase, Neko Case’s ‘Hell-On’, but wish I’d perhaps also got something from a lesser known Canadian act.

Sonic Boom (215 Spadina Avenue) is the other store that stocks new CDs but it leads more on vinyl with a big range beside second hand CDs and vinyl.

The new CDs are racked alongside the second hand records which makes it a bit more daunting to find them but in the end I took the plunge on the Rolling Blackouts CF album.

The back-catalogue stuff is interesting (and sometimes expensive – the Dream Syndicate’s rare ‘Out of the Grey’ reissue was $39.95) and I could imagine having picked up something second hand there.

In passing on the way to Sonic Boom, I also dropped into She Said Boom (372 College Street) which seemed to be more of a book store than record store. However, there were racks of second hand CDs and vinyl but, on this occasion, nothing to tempt me.

I also briefly managed to visit Shortstack Records (256A Queen Street West), which stocked principally vinyl but also some tapes (!). It had an eclectic selection of , I think, second hand stock. For example, I did see ‘Land’ by the Comsat Angels (or at least the C.S. Angels since we were in North America) which surprised me, but I’ve got it already.

One place I didn’t manage to visit (it was supposed to be a waypoint on my visit to Soundscapes) was Kops on West Bloor Street because it had recently closed due to an expiry of the lease. Even though the store was still shown as open on their website on Friday. Again according to the website we may have walked past a branch at Queen Street West, but if we did, it didn’t jump out at us.

As well as Toronto we were in Montreal for a short time but were too far from the centre of gravity of most record stores. But Cheap Thrills (2044 Metcalfe St) was just round the corner and looked worth a visit. It’s got the feel of a real second-hand store, crammed with vinyl, CDs and books. Contrary to impressions though there are new vinyl LPs, indeed a more than respectable selection. CDs are limited to second hand copies but again on this occasion there wasn’t anything to tempt me.

We also found 4 racks of new vinyl in Indigo (1500 Avenue Rue McGill), a nationwide chain but principally a book store. In the circumstances it’s a reasonable enough selection but no CDs whatsoever.

And that was pretty much that. If we do revisit Toronto (I hope we will) I’ll certainly be aiming to get back to Soundscapes and Sonic Boom as a priority. And maybe visit some of the stores we managed to miss along the way.