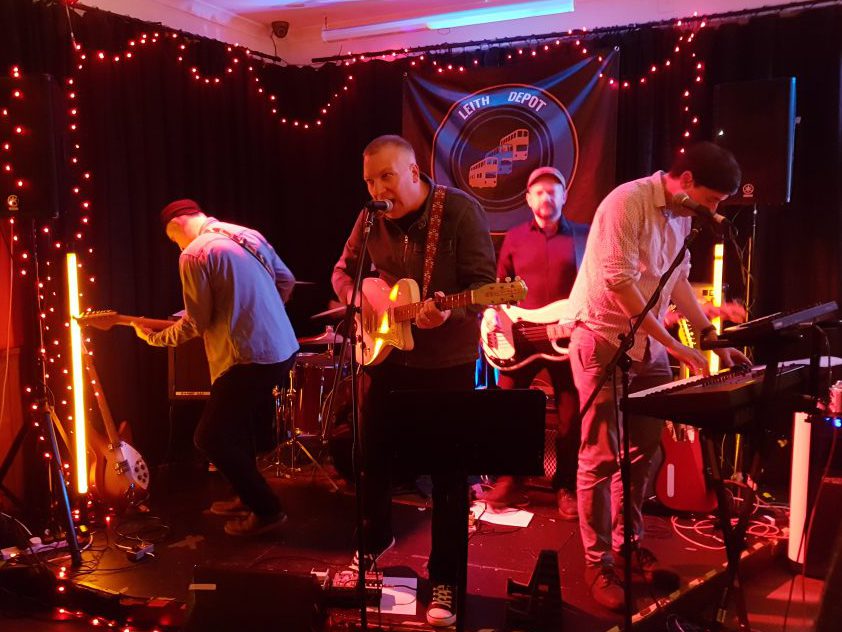 I’m not aware that Spare Snare have played Edinburgh since I’ve been paying attention so this Edinburgh engagement was teh first time I’d had the chance to see them I the capital as well as a long overdue opportunity to visit the closure threatened Leith Depot.

It’s a small live room yet, although officially sold out, it isn’t overly rammed. Someone seems to have exercised a little common sense on setting the numbers.

Openers Muppet Mule, featuring the Snare’s Barry and Alan, prove that, whilst Lemmy may be dead, his spirit lives on in Dundee. The trio delivered half an hour of slamming riffs and screamed vocals with all taking on vocal responsibilities at different times.

I’m not necessarily much of a fan of this style of hard rock but towards the end they mix things up to good effect.
The penultimate song varies things a little with a lengthy psychedelic jam mid-song whilst the last tune is purely instrumental.

I end up enjoying the set more than I’d expected and it sets things nicely up for the Snare themselves.

‘Action Hero’ kicks off the show in the same way that it starts the Steve Albini recorded ‘Sounds’ and sets the tone for an impressive Greatest Hits set which takes in the album in its entirety and then some more. 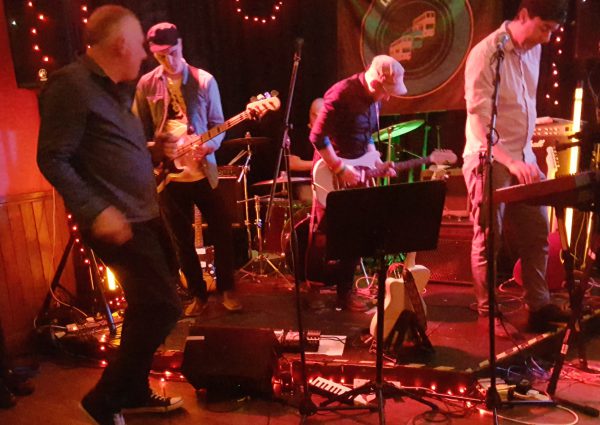 Whilst the hits are all pretty much present, the more recently written songs such as ‘I Am God’ and ‘Work I Am’ more than hold their own making a good case for the Snare as an ongoing creative concern.

But equally the show (and ‘Sounds’ itself) both highlight this band’s illustrious past and emphasise that the songs remain vital today.

Once Jan puts down his guitar, he’s as much off the tiny stage as on it, if a little confused as to what LP some of the songs are taken from!

Much of the set is energetic but both ‘Grow’ and ‘If I Had a Hi-Fi’add a counterpoint to the full-on pop numbers. And that’s perhaps my overriding impression of the show – how, for all the lo-fi production, Spare Snare retain a real pop hearts.

The band have one other commitment this year with a joint headline date with De Rosa at the Great Eastern in Glasgow on 11 October (now with added Broken Chanter). Frankly that looks like the bill of the year but this one wasn’t too shabby either.