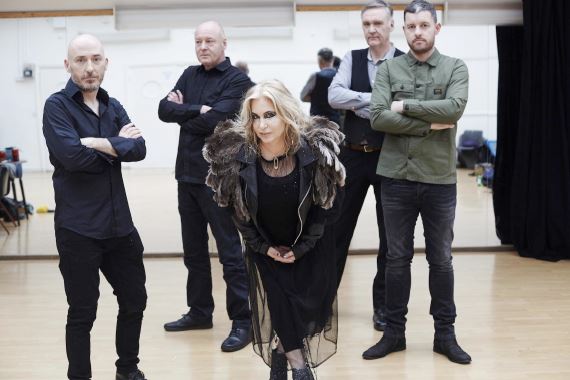 Brix and the Extricated – Breaking State (Grit Over Glamour)

It’s only been a year since the Brix and the Extricated debut so the arrival of LP number 2 this year was a real surprise. Could they maintain the standard that ‘Part 2’ set so quickly?

On first listen the album is slightly disorientating – the brashness of ‘Part 2’ is largely absent. As a consequence, it took me a couple of plays to get the measure of the record

Which isn’t to insinuate that there’s any less energy just that repeated listens highlight that this set of songs relies even more on melody than the first.

Some of the best songs therefore owe more to the Adult Net than the Fall. Take the gorgeous closer, ‘Unrecognisable’ when the guitars and backing vocals combine in a lush arrangement to produce a tune that owes more to rock’n’roll swing than post-punk.

The likes of ‘American Skies’ and ‘Vanity’ are in similar vein – this album’s take on the vibe of ‘Moonrise Kingdom’ from the debut. I’ve even woken up recently with ‘Vanity’ running in my head recently. Earworm central.

Besides the melodies, what’s impressive is just how easily they seem to be able to turn out trashy glam up-tempo numbers such as ‘Sleazebag’ or first single ‘Prime Numbers’. This record is littered with them – in a good way.

The album is a step forward as well, most notably with the introduction of strings whether it be on the ungodly screech which introduces the brooding opener ‘Alaska’ or on lusher arrangements such as ‘Unrecognisable’.

Ms Start- Smith ably matches the mood of the songs by swinging from almost a croon for the softer numbers to full-on Riot Grrl mode when anger is the essential ingredient.

To dispel any surviving notions of the Extricated as Fall covers band I think it was important that album number 2 didn’t reimagine any Fall tunes. Certainly, there’s still Fall DNA throughout, most notably from the contributions of the Hanley brothers (could it be any other way?).

But ultimately ‘Breaking State’ sees the band successfully carve out their own identity and live up to the promise of the originals on the debut.

Packed with singles potential, ‘Breaking State’ is an invigorating record which is up with the best records I’ve heard this year. 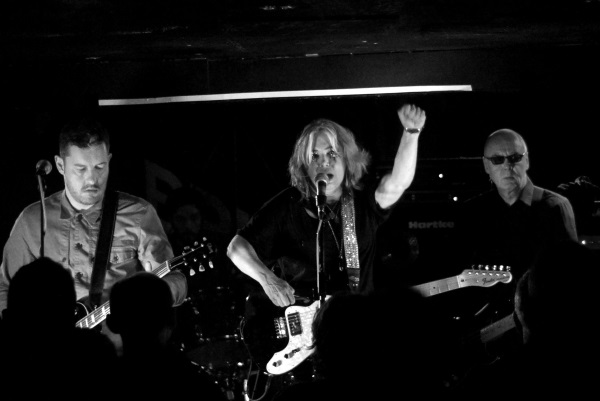 Brix and the Extricated are on tour again in the new year with three Scottish dates as follows: