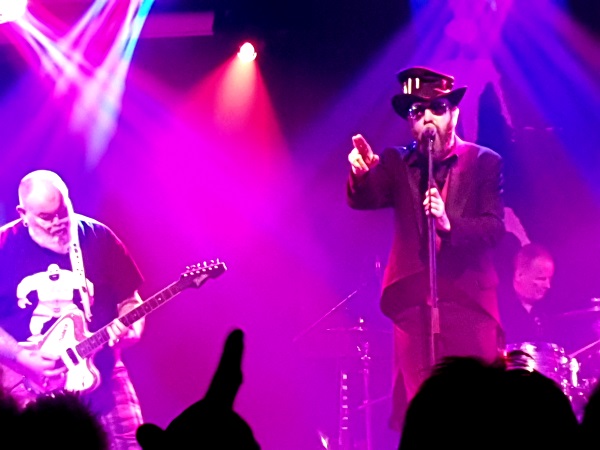 “I don’t know if there is a huge Mackenzies crowd waiting in the wings.” – Martin Metcalfe, October 2017

Turns out that Martin totally underestimated the demand for the return of Goodbye Mr Mackenzie. And then some. The initial batch of Scottish dates sold out so quickly that an additional show at the Liquid Room was added along with two warm-up shows.

It’s hardly surprising therefore that, after 25 years, this show at a sold-out Liquid Room was always going to transcend your ordinary gig. For many this was on par with a religious experience such was the fervour on display.

My take was a little different. Whilst I was aware of them back in the day, and liked what little I heard, the impetus for getting on board never quite happened. The fact that in 86/87 I was also getting seriously into American acts such as Sonic Youth and Husker Du made getting into little “Scottish pop band” less appealing. However the show emphasised that there was nothing that I wouldn’t have enjoyed back in the day. So, definitely, my loss.

I arrived at this group of musicians and this show, therefore, as a fan of (Isa &) the Filthy Tongues rather than GMM. Indeed, prior to the show I’m not aware of ever having heard the album that was being celebrated at these shows all the way through. (Having done so since, I’d venture that it’s doubtful that any set of songs has suffered quite so grievously at the hands of overcooked 80s production as ‘Good Deeds & Dirty Rags’.)

However, whilst I might be able to establish a valid, different point of view on the evening, in truth, writing about this show is probably even more pointless than people flooding Twitter to point out that our imminent Prime Minister isn’t really a particularly nice chap . 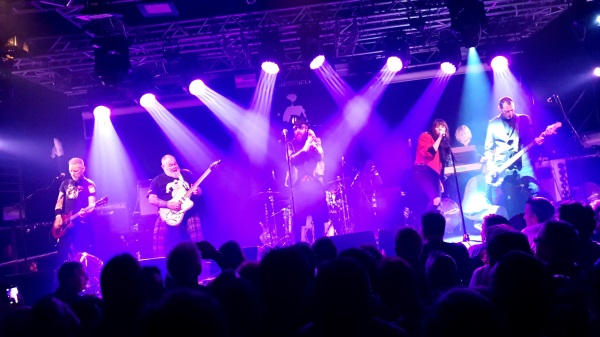 Six out of seven Mackenzies

The futility of reviewing such a show is emphasised by the fact that Martin was performing with the unhelpful presence of laryngitis. As a consequence the show relied on backing vocalists to a greater extent whether Marie Claire White or Jim Brady from the stage or the massed ranks in the crowd from the floor. If his voice wasn’t where he would have wanted it to be, freed from any instrumental duties, Martin at least clearly relished being able to perform purely as a front man again commanding the stage from the moment he arrived on it.

Curiously, I’d suggest that the Mackenzies sound is more contemporary now than it has been in decades. Whilst the records are stuck with their 80s production, the wash of keyboards in particular is very much in vogue with bands of different vintages increasingly turning to what us oldies would regard as an 80s sound whether it be the likes of Sharon Van Etten or contemporary Scottish acts such the Phantom Band and the Twilight Sad.

But if, Rona Scobie’s keyboards give that contemporary sheen then it’s the twin guitar attack of Big John Duncan and Jim Brady which lent the performance its real muscle.

Despite the tour explicitly celebrating the 30th anniversary of debut album ‘Good Deeds and Dirty Rags’, the band inventively sidestepped the eternal ‘playing the album’ in sequence conundrum. The structure of the record was respected by playing the first side as recorded, inspiring pandemonium in the process, it has to be said. Yet by both rejigging the order of the songs from the second side of the album and introducing others the band managed to create a more fitting climax for a live show.

Both ‘Open Your Arms’ and ‘Goodbye Mr Mackenzie’ itself were genuinely euphoric even for this Mackenzies neophyte. The album’s title track was something of an epic whilst ‘Dust’ was another stand-out.

Of the songs I knew the best, ‘The Rattler’ really benefitted from something akin to its original instrumentation and knocked spots off the Filthy Tongues’ version. However, being honest, I’d probably prefer the Tongues more streamlined take on ‘Goodwill City’.

But to the non-diehard, it’s a cruel twist of fate that Martin’s voice was largely missing and it definitely detracted from the music if not the experience. But in these circumstances, the audience can, and on this occasion emphatically did, save the day.

What was more problematic was the sheer sonic pain of the early run of songs after ‘Open Your Arms’. I’d been nursing a wee grumbling headache prior to the show but the high frequencies (principally the keys and backing vocals) on ‘HMV’ and ‘Goodwill City’ threatened to split my head wide open. Despite wearing earplugs, it was genuinely unpleasant.

Checking afterwards both Mrs MPT (plugs) and Andy (no plugs) agreed, with Andy saying he had actually considered stepping outside. Fortunately, ‘Candlestick Park’ offered some respite and from there on a recalibration meant that the sound was on the right side of loud.

Understandably there was just one encore with the Metcalfe vocal chords given some respite by John Duncan taking lead vocals for a cover of ‘The Way I Walk’ before Mackenzies’ originals ‘Blacker Than Black’ and ‘Now That We Are Married’ almost brought the house down.

Any disappointment at the show was quickly obliterated by the news that the band will be doing a special pre-Christmas show at the Barrowlands when we should get the chance to hear the songs the way that they’re supposed to be heard. 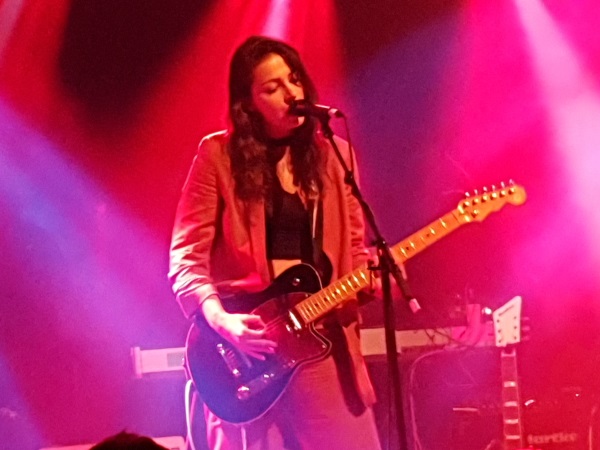 Support came from Run Into The Night an excellent blues influenced guitar and drums duo who, with strong songs and plenty of energy, proved an ideal warm-up for the main event. They’re playing Doune The Rabbit Hole the day we’re going so we will hopefully see them again next month and they won’t just be a footnote to a show. They definitely deserve more.

And for fans of GMM (or the Filthy Tongues!), there’s plenty of live action to come in the remainder of the year as, in addition to the Barrowlands date (apparently heading for another sell-out), there’s a Scottish Tongues tour in September as well.

The currently announced GMM and Filthy Tongues dates for the remainder of 2019 are :