Think of a library gig and you’re probably imagining 20-30 people crammed between shelves listening to one man and an acoustic guitar.

This show was nothing like that at all. With the shelving pushed to one side, Rosyth Library is a HUGE space, probably big enough to cram four or five hundred people in if it was a club. There’s also lots of room – for a decent sized stage and full lighting rig. And a full PA.

Organised by Get It Loud In Libraries and On Fife Libraries, a number of acts were apparently suggested for the show but when Mrs MPT got offered one of her favourite new bands, her heart was set on doing this show with Sacred Paws.

Despite the cavernous surroundings, the show wasn’t crammed at all but there was nevertheless a healthy turn-out (with plenty of room!) for the SAY Award winners to open their tour in support of second album ‘Run Around The Sun’ with a gig in different surroundings.

They’re actually a perfect fit for this type of show – melodic, up tempo and energetic enough to grab even the smallest punter’s attention. (And there were some very small, dancing, punters!)

With the exception of a couple of songs performed as a duo, the line-up has been expanded for these shows with bass and extra guitar and it all sounded terrific.

The 45 minute set, split between the new album and the debut, passed in something of a blur. At its heart though Rachel Aggs was an infectious presence who epitomised the sheer exuberance of the show.

As hopefully the gallery of pics from the show will illustrate: 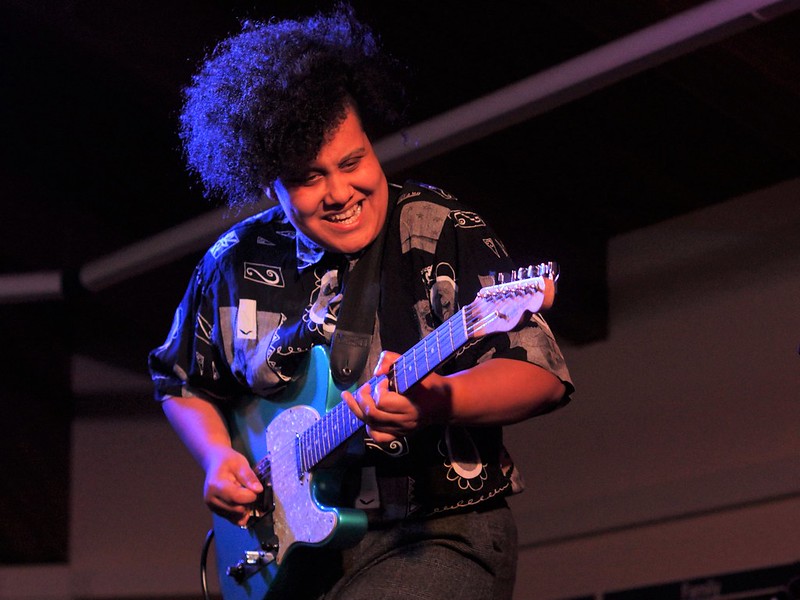