If I’m ticking off finally seeing mid 90s Scottish bands that I’ve missed out on for a long time then Bis may well be one of the last to fall into that category.

Of course, I always knew of them ,particularly the legend of the first unsigned band to appear on Top of the Pops, but I’ve never knowingly heard them – until last month.

It’s ironic that I had to go to Indietracks to finally see them but their set on the Friday night was a great example of smart, infectious, electro-pop.

Never mind the hits though, the stand-out for me was the first song they played – ‘Sound of a Heartbreak’. And since listening to the album ‘Slight Disconnects’ when I got home it’s been a persistent earworm ever since.

Bis have a new single, ‘(I Wanna Go Out With) Someone Else’, again from the album, out next week. But let’s stick to the earworm:

Bis play at hometown show in Mono, Glasgow on Sunday 13th October with support from LIINES and none other than Spare Snare. Last few tickets here.

And I’ve just discovered this video of Bis’s performance of ‘Sound of a Heartbreak’ at Indietracks, complete with blink and you’ll miss it cameo from MPT in  Spare Snare t-shirt (not that you can see that).

MPT Stills of Bis at Indietracks: 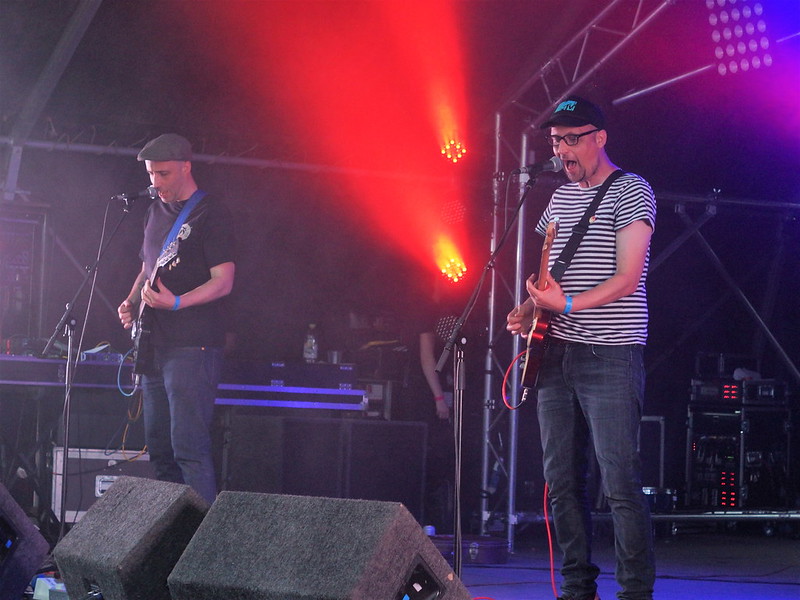