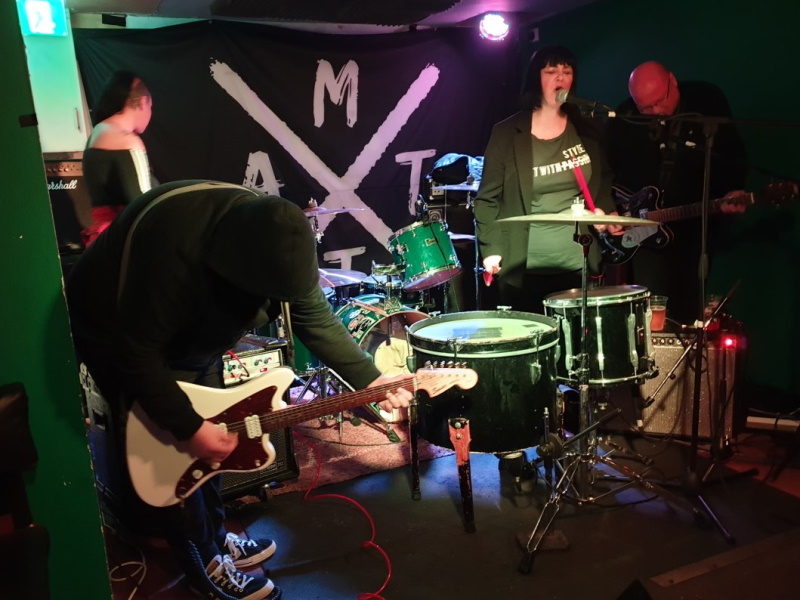 This was an impulse decision, to be honest. The gig came up in the Make That A Take Twitter feed on Thursday and reminded me that it’s been, shamefully, years since I last saw the Wildhouse. So despite a busy weekend, I found time to sneak across the Tay to Conroy’s to take in (part of) a MTAT show for the first time.

First on (naturally), the Wildhouse line-up has expanded to a four piece since I last saw them although the extra member contributes extra guitar rather than any of that bass nonsense.

The set condenses the appeal of the Wildhouse to just two songs. They start with the sweet melodies of a song whose title eludes me before concluding with ‘My Life As Pop Art’ and an extended coda of guitar noise channelling their inner Sonic Youth. With Sheila controlling the tempo, the three guitarists improvise through squalls of feedback. They’re over and done inside 15 minutes.

It seems that, in 2019, nothing has changed in the world of the Wildhouse which is exactly the way it should be.

I decide to take in just the start of the next band, Astrophe, before heading home but end staying for their full set.

They are a slightly skewed take on 90s college rock and reminded me principally of Dutch veterans Bettie Serveert with the occasional vocal flourish of Corin Tucker or Kristin Hersh.

They shy away from the obvious and, importantly for these ears at least, the songs all have separate identities within that sort of framework.

An appealing band that I’d like to hear more from.